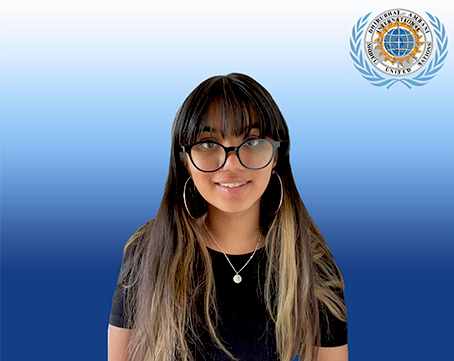 Today, we call upon you to recognise, debate and confront the growing issues in our world. Around the world, the definition of sovereignty as put forth by Bodin and Hobbes is being challenged. With the process of globalisation can supreme power or absolute power be bound by mere territorial boundaries?

The 20th century may have been mired by problems of imperialism, colonialism and isolationism, but the 21st century is defined by the problems that arise from a unique blend of globalisation in times of increased nationalism and ethnic consciousness.

In today’s political landscape shadows of the past remain. With the end of the 20th century, seeing an embrace of alliances, ideological sides shared by nations, and greater collaboration through organisations such as NATO and the Warsaw Pact, were geopolitical stakes most effectively represented in these groups or should the individual stakeholder be heard louder?

As political liberalism grew with post-war optimism, we find ourselves asking the same questions today, almost 80 years later. How are nations heard best? How are people heard best? How is peace maintained best?

A fundamental pillar in this journey from war to peace to war again is the United Nations itself. Does the United Nations, an organisation built on the grave of the League of Nations and on the hopes of peace and democracy, stand the test of time through civil wars, proxy wars, epidemics and pandemics?

It seems unfathomable to reconcile the growing nationalistic, individualistic and polarised national rhetoric with its globalised reach, appeal and discourse, but such is the unique problem of the 21st century, sepcfically in a time of trauma and disorder.

Today, we ask you how effective shared sovereignty in our times is as we urge you to look critically at the world around you. With lives at stake because of hoarding of vaccines, changing regulations, ethnic prejudices and rampant violence, does international collaboration politicise human rights, or does it provide the solutions needed to save lives?

It is with this attitude we ask you to engage with the questions posed to you through the course of this conference. We ask you to look at your agenda, not just as a part of a conference, but as a piece of the reality we all live in today. We urge you to look at the human faces behind the statistics, and we urge you to take on the role of the changemakers you would want to represent you.

With this, we entrust you with the future.