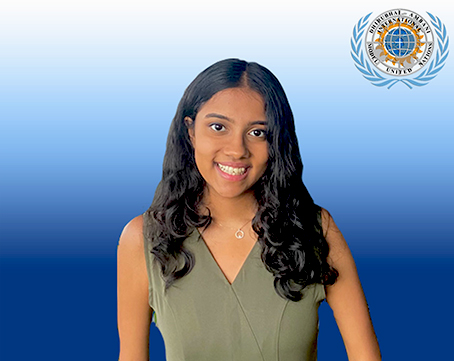 Sovereignty has been a key organizational principle for sociology, politics, history, international law and humankind’s understanding of itself. The traditional meaning of sovereignty was conceptualized by the early modern theorists Bodin and Hobbes, which characterizes it as the supreme power or the absolute power within the territorial boundaries. Dating back to the peace of Westphalia in 1648, it has played a critical role in the rules-based order the world has come to operate under and determines how nation-states interact with each other in times of peace or in conflict. Since then, our understanding of state borders, especially in a post-World War context, have become increasingly rigid.With the process of globalization the political and economic interdependence between the states have increased and this has resulted in reasserting the sovereign power of the states.

In countries that suffer from some combination of internal strife, poverty, limited governmental capacity, or a dearth of liberal institutions despite the presence of elections, the prospects for developing full-fledged democracy (an important goal in the 21st century) based solely on domestic resources or actors are significantly poor. The incentive for the converse, generated by the contemporary international atmosphere of state sovereignty often compounds the problems.

The fixity of borders, the near absence of violent state deaths since 1945 and availability of revenue from raw material exports or foreign aid have reduced the incentives for political leaders in poorly governed states or post-conflict countries to enforce and honour social contracts with their citizens that would give rise to legitimate self-governing institutions and the consequent improvements in standards of living. These sentiments have given rise to the increasing legitimacy of non-state actors such as the United Nations, the International Monetary Fund, the World Health Organization etc; pillars of institutional liberalism that seek to aid international relations and lay out global goals – creating a true ‘international community’. These organizations necessitate “shared sovereignty” - i.e the engagement of external actors in some of the domestic authority structures of state - in order for them to intervene or aid in conflicts, states have to sacrifice a certain amount of their sovereignty to the non-state actor. For example, allowing the UNHRC to set up camps in Turkey necessitates the government in Ankara to give up a degree of autonomy and control. These arrangements. Another example is the significant restrictions on monetary policy members of the European Union have to concede as a condition of membership. These sacrifices of sovereignty are intended to allow the state to improve its own functioning as well as contribute advancements in the global community.

However, it is important to consider the efficacy of said international actors and therefore, shared sovereignty arrangements. In 2004, former Israeli ambassador to the UN Dore Gold published a book called Tower of Babble: How the United Nations Has Fueled Global Chaos. The book criticized what it called the organization's moral relativism in the face of (and occasional support of) genocide and terrorism that occurred between the moral clarity of its founding period and the present day. While the UN during its founding period was limited to those countries that declared war on at least one of the Axis powers of World War II, and thus were capable of taking a stand against war, the modern United Nations has, according to Gold, become diluted to the point where only 75 of the 184 member states during the time of the book's publication "were free democracies, according to Freedom House." He further claimed that this had the effect of tipping the scales of the UN so that the organization as a whole was more amenable to the requirements of dictatorships.

Other critics - and even proponents - of the United Nations question its effectiveness and relevance because in most high-profile cases, there are essentially no consequences for violating a Security Council resolution. In the 21st century, the most prominent and dramatic example is the War in Darfur. As of 2013, an estimated 300,000 civilians have been killed in what is the largest case of mass murder in the history of the region, yet the UN has continuously failed to act against this severe and ongoing human rights issue.