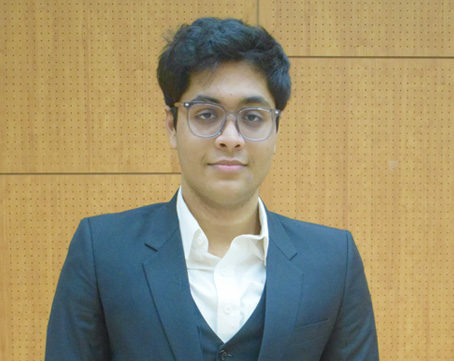 “Hitler and Mussolini were only the primary spokesmen for the attitude of domination and craving for power that are in the heart of almost everyone. Until the source is cleared, there will always be confusion and hate, wars and class antagonisms.”
- Jiddu Krishnamurti

The core of our human psyche demands that we seek both power and influence as a means of self-prestige. This behavior, thus, reflects on a large scale the structure of society.

Right from its origin, the word ‘hegemony’, was a reflection of Greek society and the dominance of one power. Over time it has carried with it a clear description of global political hierarchy, whether it was Great Britain during the generation of European imperialism, or the United States after the establishment of Bush’s new world order.

Today the concept of hegemonism is more ambiguous, with powers emerging in different geographical regions and exercising power omnipresently. The idea of power has also taken on a more wide meaning, with complete physical control and central powers in the past now translating on a more broad scope to even consist of economic control and non-state actors. However, the meaning and its effect still holds true, whether it is Russia with Ukraine, China with Sri-Lanka or even the violent non-state actors in South America, and undue influence of certain parties along with their ‘attitude of domination and craving for power’ has put the current global structure under severe yet justified scrutiny.

While there is an apparent moral dilemma, this long-standing omnipresence of hegemonism has become one that is synonymous with world order - which begs the question, is there really a necessity for change? Often larger powers are responsible not only for aid, growth and development but even change within less advanced populace, and if not for the contemporaneous structure it wouldn’t be the case. Right from early human history every successful empire has had a controlling central power or powers and on a broader scale, so, is it responsible to challenge a functioning system?

Whether it is BRICS or the G20, today there is gradual resistance to the world order. This is not only reflective of states but even non-state actors influenced by the society’s hegemonic structure. However, as parties sought political and economic sovereignty the predominant still hold strong and now more than ever the singular powers exercise their powers brazenly, challenging all that stand in their way. Delegates, this leaves a clear path for each and every one of you all, challenge the world order and implement radical change, or simply abide by a long-standing hierarchy.

DAIMUN offers a stage to voice your opinion on something that challenges the very roots of world order, through strong deliberation and discussion on issues that are representative of the political manifestations of this question. So, the opportunity is here for every delegate to affirm their view and justify their affirmation.

Today you stand at the precipice of change and you must make your choice. The stage is set, DAIMUN 2022 is here.