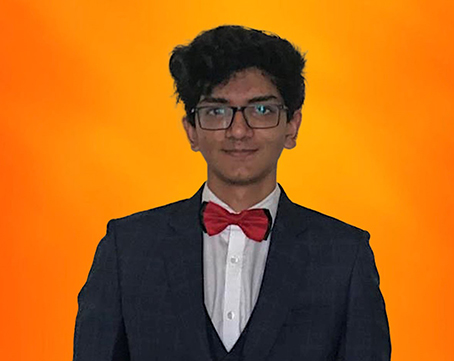 "In the anarchic world of international politics, it is better to be Godzilla than Bambi"
- John Mearsheimer

Today more than ever we see the truth of John Mearsheimer’s words. Political realism has become an inexorable feature of state policy in the 21st century and the anarchic world order affirms the prevalent belief in the “primacy of political power and security”. Every nation strives to be a “Godzilla” acting in its own self-interest for the development of the country no matter the cost to other nations. These changes in today’s political landscape necessitate collaboration between countries all around the world.

The growing disillusion in the presence of a global “us” furthers an egoistic and often subjective interpretation of universal morality. Tensions over Antarctica are rapidly rising with Britain, France, Norway, Australia, New Zealand, Argentina, and Chile carving up the empty ice with territorial claims out of their own self-interest. In a time when the recognition of the global commons is paramount, the solution of a multitude of issues remains unfathomable.

The global political landscape has morphed into an international anarchy with all nations acting purely to maximize their own benefit. This challenge is of particular importance as we face several environmental and geopolitical issues regarding the global commons today. Environmental remediation of these ecosystems is unfathomable without collaboration between nations.

On January 22, 2018, President Donald Trump began setting tariffs and other trade barriers on China with the goal of forcing it to make changes in what it calls “unfair trade practices” such as intellectual property theft and transfer of American technology to China. On April 2, 2018 the Ministry of Commerce of China responded by imposing tariffs on 128 products that it imports from the United States. With the mammoth spread of the COVID-19 pandemic many trade restrictions have been relaxed to support each other; however, the hostility between the nations persist. The US-China trade war serves as a microcosm of the world highlighting the realist political paradigm of the 21st century.

At DAIMUN 2020, we aim to explore each agenda through an understanding of the principles of realism and how they affect the global community through the lens of each committee here in the General Assembly. Traversing from “Advancing proactive cyber defense developments in the interest of national security” to “Developing methods to regulate the deliberate manipulation of currencies”, each committee has agendas tailored to explore the impacts of the realist paradigm today.

Yours sincerely
Sahil Rane
President of the General Assembly
DAIMUN 2020