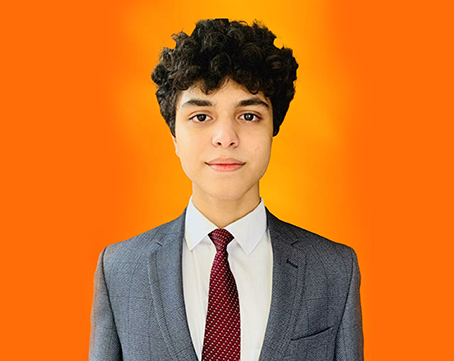 "Right, as the world goes, is only the question between equals in power, while the strong do what they can and the weak suffer what they must."
- Thucydides

As new poles emerge in the geopolitical landscape, the realist paradigm strengthens as more global powers have the prerogative of influencing world politics and international relations. Before we navigate the Byzantine fibers of the emerging multipolar dynamic, we need to understand what realism is. Political realism considers the principle actors in the international arena to be states, which are concerned with their own security, act in pursuit of their own national interests, and struggle for power.

Let us look at the example of Russia- an ever rising polar power. Russia vetoed three UN resolutions that aimed to sanction the Syrian regime and cease violence. On the other hand, Russia abstained on the 1973 UNSC resolution for a no-fly zone and protection of civilians. Why was Russia neutral in one case, and proactive in the other? The realist assertion that states act in ‘self-interest’ offers deeper insight into this decision. Russia’s actions can be explained using Morgenthau’s realist concept of ‘animus dominandi’: Russia has vested interests in the Syrian region due to its geostrategic position in the middle east. If the Syrian regime comes to an end, Russia’s influence in the entire region could be overthrown in the favor of the West, especially the USA. However, some may argue: doesn’t Russia collaborate with India, China, and others? Exactly. Collaboration, in today’s world, is driven by vested interests of each state. From the Chinese Belt and Road Initiative to Russia’s military alliances; We live in a world where the realist paradigm is so engrained in the political fibers that collaboration itself is leading to increasing polarity. And multipolarity, if gone wrong, poses a serious threat of a third World War.

The second key term in theme is “multipolarity”. ‘The end of the Cold War brought with it both shrinking borders and new power brokers; closer interdependence and greater global insecurities.’ The decades following it have caused a diffusion of power- globalisation is the new rule. Today, we are witnessing the rise of new and diverse global powers capable of wielding influence on global governance and markets. The West isn’t the only pole in the world- The rise of China and Asia by extension, rising economies like India and Japan, South American powers like Brazil, and the power relations in the Arab world have redefined global polarity. Thucydides’ posit holds truer than ever before.

Delegates, both realism and multipolarity have been explained in the text above. However, the most important term of the theme of DAIMUN 2020 is ‘collaboration’. Multilateralism has become increasingly difficult in the realist paradigm yet has never been more important. Diplomacy has a renewed significance. In today’s geopolitical landscape, collaboration is the cornerstone of success. The coronavirus pandemic has shown how vital global collaboration is. And if we are to move forward as a planet, without the world descending into war or anarchy, we have to collaborate. Competition may make us faster, but collaboration makes the world better.

But in a world where new power poles are emerging, all of which are acting in their own interest, how do we achieve collaboration?