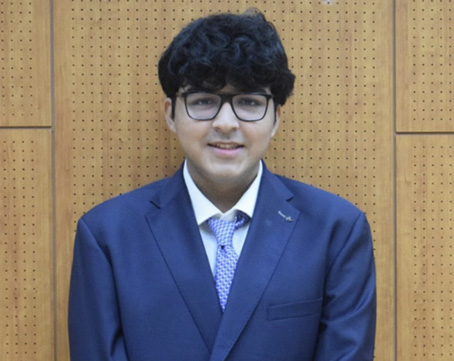 The philosophy of praxis does not aim at the peaceful resolution of existing contradictions in history and society, but is the very theory of these contradictions. It is not the instrument of government of the dominant groups in order to gain the consent and exercise hegemony over the subaltern classes.
- Antonio Gramsci

All roads once led to Rome. The jewel of the Mediterranean, the city that gave its name to the largest empire that Europe has seen, stood at the centre of an immense network of influences stretching from Western Africa to China.

Alas, this empire collapsed, spurring the rise of the Byzantine empire - heralding a new hegemony. Hegemonies have risen and set over the world, and while their nature has changed, they still permeate our world.

Their overarching nature has switched from militaristic to one which manifests itself insidiously - culturally, or economically. Moreover, technological and ideological developments have made the manners in which domination occurs more complex than before. Such a development is natural in the 21st century, where technology is a potent and pervasive medium.

Peoples’ beliefs are often manipulated by mass-mediated ideologies. Efficacious information-distributing agencies reinforce ideas by an interlocking system which permeates socio-cultural reality. Due to their power, they can effectively produce propaganda supportive of the current status quo. The inter-articulating, mutually reinforcing process of ideological influence is the essence of hegemony. These powerful institutions popularise their philosophy, culture and morality and introduce new ideas into one's conscience that will not be rejected as they are shared in their cultural community. This is best exemplified by Thomas Gitlin’s idea wherein television commercials mould the audience's thoughts to view themselves as “markets rather than as a public, as consumers rather than citizens.” Moreover, since hegemonies such as mass media are so integrated into our lives, they are rarely discussed or criticised; the complexity of this idea extends to hegemonies as a whole and while some usher development, the others ravage current ideologies.

Hegemonies manifest culturally wherein there is domination maintained through ideological or cultural means. It is neither a rigid intellectual custom nor a unified system of values, but rather a complex of social relations forged from the social hierarchies. Cultural hegemonies function by framing the worldview of the dominating power to make it seem like the economic and social structures benefit everyone, not only the hegemons - best seen with the ‘American Dream’ promoting a hard work culture, leading to the profit of the bourgeoisie. This is different from the ‘rule by force’ ideology as it allows the hegemon to manipulate the thoughts of the ulterior intrinsically. It is achieved by planting ideas that their prevailing cultural norms are not natural and inevitable social conditions and that the social constructs. As seen with linguistic hegemonies such as Hindi in India, other regional languages are dwindling, putting them at risk.

Moreover, religious hegemonies have existed for generations. They have been contested, risen and fallen - best seen with the Catholic hegemony over Europe. The medieval Church regulated an individual’s life, literally, from birth to death. The people thought the Church to be the manifestation of God’s presence on Earth and its instructions were not questioned.

Stuart Halls’s ideas could be applied to a worldwide scenario wherein institutions, people or a country’s horizon of reality is painted by the hegemons. With this more relevant than ever economically, politically, and in the military, it is your time as delegates to ascend the stage and seize the moment to debate the relevance of these hegemonies in the new global landscape. However, due to its corruption, it sparked the reformation that toppled the Catholic hegemony over Europe and instituted a new religious order with Protestantism, Anglicanism and Calvinism. Hegemonism births its own opposition that eventually topples it down as seen with Jihadism which opposes the dominating West, evidence of the dominating West can be seen with the creation and control of this domination through the Bretton-Woods system, the indexation of the dollar, Hollywood culture and economic Neo-liberalism. In this light, terrorist, and Jihadist activities can be interpreted as counter-hegemonic activities caused by an emotional wound left after the American invasion of their culture.

Yours sincerely
Dhruv Bhatia
President of the General Assembly
DAIMUN 2022