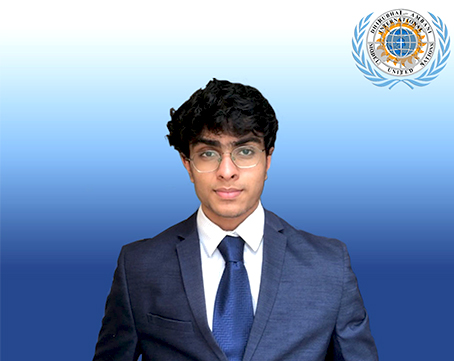 As the advent of the World Wars in the 20th century brought upon years of tempestuous disillusionment, the world witnessed a dramatic rise in the number of Westphalian sovereign polities. This renewed world order inaugurated great expectations: accountable governance was on the horizon, and hurdles to socio-economic development were soon to be overcome. For several states, sovereignty has delivered on these expectations and ushered in an era of better living standards and contentment. However, between the life expectancies of Singapore and Liberia is an alarming gap, a gap that illustrates the dismal failure of sovereignty in less fortunate polities.

In these 'failed' states, human rights violations, crime, corruption, and other impediments to development erode the government's legitimacy. Social unrests and conflicts continue to ravage the nations and aggravate internal strife. Nevertheless, large revenue streams from the sale of natural resources and foreign aid along with the proscription of foreign annexation of territories post-WWII, have reduced incentives for corrupt members of these governments to consider and make prudent policy changes.

While the consequences of ineffective governance are grave for most citizens in these countries, cross-border threats that emerge from these conditions, such as terrorism, have provided significant incentives for the leaders in the world's most powerful and successful polities to aid the development of capable governing systems. The deployment of American troops in Iraq and Afghanistan is perhaps the most well-known example of a foreign power allocating significant funds and resources to set up a new governing structure in a poorly governed nation. With the withdrawal of the troops this year marking the recognition of the American government's failure to promote better governance in these countries, another policy option seems to be a promising alternative: Shared Sovereignty.

As voluntary agreements between recognized governing bodies in failed states and an external actor, shared sovereignty holds the potential to target specific failures of institutions with the cooperation of local bodies and the resources of an external actor. A clear example of such an agreement was between West Germany and the western allies during the cold war. While it operated as an autonomous state for the most part, its security policies were under the exclusive control of the allied powers. The agreement was mutually beneficial for both parties: the allies could cease the production of weapons of mass destruction in the area, and West Germany could sustain a democracy with a stable military. Furthermore, the Germans enjoyed the added benefits of being part of a market economy system, which had proven to be more successful in the West than the Soviet bloc's planned economies.

In recent years, the United Nations has also engaged in such arrangements with countries like Sierra Leone - establishing a Special Court to prosecute war crimes and other crimes against humanity. The court consisted of a few officials, prosecutors and judges designated by the UN Secretary-General to ensure fair trials and establish greater legitimacy to the court's verdicts. By strengthening the local judicial system in Sierra Leone and furthering the UN's progress towards SDG 16, the agreement was, again, mutually beneficial.

Similarly, the UN has endorsed and initiated several shared sovereignty agreements to increase equity between the world's polities in recent decades. Unfortunately, leaders often refuse to engage in shared jurisdiction accords that may significantly reduce their control over the local populace, even in failing polities. Thus, while such agreements can be effective, it is important to be practical and consider the fact that they can only exist to fulfil or control fractional aspects of a government's responsibilities. While the provision of incentives by external actors (like the aid provided to Sierra Leone for showing commitment to prosecuting criminal activity) could encourage more significant shared sovereignty agreements, several limitations exist. Would the need for external actors to provide incentives disincentivize potential efforts? Do mutually beneficial endeavours have to benefit both parties equally? Are large incentives feasible in the long term?

Delegates at DAIMUN 2021 will engage in intense deliberation and debate on issues that highlight the political manifestations of these questions. They will analyze the limitations of shared sovereignty and evaluate its efficacy as a prominent policy option in the 21st century.

The Westphalian world order is collapsing.
A new political era is approaching.
DAIMUN 2021 is calling.