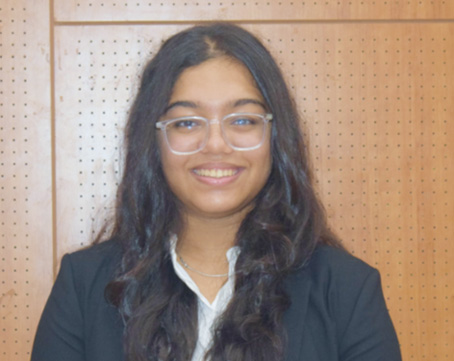 “The old world is dying, and the new world struggles to be born; now is the time of monsters.”
- Antonio Gramsci

We stand at the precipice of shifting times. A seemingly multipolar world dawns over the existing unipolarity of the global landscape, threatening to upend the former order. Alexander’s Macedon, Cyrus’ Persia, and Augustus’ Rome.

The German Reich, from Bismarck to Hitler. The Ottoman sultanate, the most feared menace to the east, eventually denigrated as 'the sick man of Europe.’ Napoleon’s French Empire, which forcibly subjugated fiercely independent Europe, but ultimately collapsed from its own overextended ambition. Throughout history, empires and nations have risen and fallen as transient yet immense powers. Their nascency ushered in eras of hegemonic dominance, and their collapses left behind power-vacuums that facilitated the rise of new hegemons; as such, our past is marked with this cyclic nature of dominance and militarism that leaders and nations are unable to rid themselves of.

The United Nations was founded on 24th October 1945 upon the principles of collective security, international cooperation, and equality – tenets that are threatened by hegemonism, which exerts its influence upon the cultural, economic, and socio-political environment of a community. Truly, hegemony manifests in any entity with a power dynamic, regardless of its scale, from the relationships within a nuclear family to the foreign policy of entire nations.

Corporations and their supply chains often take on a hegemonic character in their abuses of power through strict control of employees and exploitation of vulnerable populations. With over 16 million victims of forced labour worldwide, the aforementioned asymmetry of power is evident, now more than ever, as migrant workers in Malaysia often face violent threats, passport confiscation, and illegal wage deductions. On a regional scale, the Tigray conflict in the Horn of Africa is a cry for help in that Ethiopia is strengthening its hold over the entire region to become the paramount power. Lastly, look no further than USA’s post-Cold War economic, military, and cultural hegemony that has influenced the mechanisms of diplomatic relations, foreign policies, and global markets. The variety of levels at which hegemonism emerges only serves to exemplify its omnipresence in the global landscape – a discussion about its significance in political and diplomatic affairs has never been more important.

However, the continued prevalence of hegemonies throughout history indicates that with the position must come great benefits – and indeed, that’s true. With increased political, economic, and military power, hegemons are able to pursue their own interests and guarantee their own security, whether it be from invasion or economic collapse. Prosperous environments precipitated by hegemonies are often conducive to new innovations and progress; one need only look at the Arab caliphates' immense contributions to the development of modern science, or even today's America being the birthplace of novel ideas and technologies that have transformed the world.

In our current fledgling geopolitical environment of an emerging multipolar world, maybe the empowerment of a hegemon is truly what we need. Is hegemonism entirely bad? Are hegemonies conducive to progress, advancement, and development?